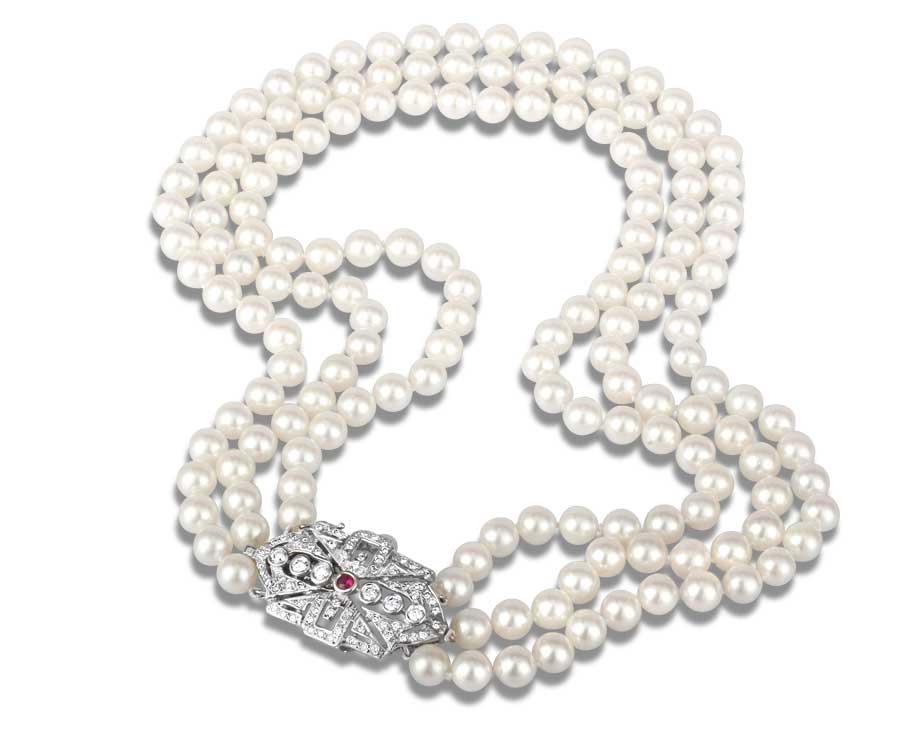 There are many different types of pearls, and each has its beauty and allure, but with so many opinions on the market, picking the best one can be challenging. You may find detailed information about the many pearls in this guide.

If you survey what jewelry women most commonly have in their jewelry box, a strand of pearls is at the top of the list. Pearls have an iconic, timeless, and classic look. You can wear them when you want to be fancy and dress up, or wear them with jeans and a t-shirt. Many people inherit a strand from their mother or grandmother, and they have sentimental value. Let’s delve a bit deeper into understanding more about the different kinds of pearls.

As the name suggests, these are naturally form without any human intervention. The formation happens when accidentally an irritant (parasite) gets into an oyster or mussel’s soft tissue. As a defense mechanism to ease discomfort, the oyster secretes a fluid (hard crystalline) substance known as nacre all over the irritant to protect itself. Hence a lustrous gem called a pearl (natural) is being form.

Nowadays, it is rare to get natural pearls; therefore, cultured pearls are gaining popularity for their availability.

Cultured pearls undergo the same process as natural pearls; however, the formation does not happen organically. Cultured pearls are grow by farmers by inserting the irritant shell bead nucleus inside the oyster’s soft tissue in a controlled environment. Afterward, the process of nacre layers is form a naturally, imitating the normal development of the natural ones.

In other words, they are known as culture freshwater pearls derive from freshwater mussels (rivers, ponds, or lakes). These pearls pass through several stages before coming up with a fine type. They are being grade according to their luster, color, and shape. After the grading process, freshwater pearls are further take to the factory for treatment and bleaching. In the final stage, they are polish using wax and cornmeal. Initially, freshwater pearls are made in the United States and Japan; however, today, China is the one that produces the majority of them.

Only a small percent of freshwater pearls are near the perfect shape, and most take an irregular shape known as baroque/ semi-baroque. Interestingly, this irregular shape is fun and exciting to wearers who love their variety of colors.

Saltwater Pearls are form from oysters found in Australia, Indonesia, Thailand, and Tahiti oceans. Pearls made of saltwater are pricey compare to freshwater pearls as they take longer to grow. Many think freshwater pearls are human-made while saltwater pears are natural, which is untrue. Most pearls are grow from human specimens, as natural pearls are expensive and extremely rare.

It takes a couple of years to grow saltwater pearls as the irritant inserted into the oyster is pretty large, while the nacre formation is thin but of good quality. Freshwater pearls take months to grow, but in comparison, salt water is of more value than freshwater. The freshwater composition is thicker than its counterpart, and recently they have been culture to produce better results.

The beauty of South Sea Pearls

South sea pearls have exceptional quality above Freshwater pearls. They are the unique, rare type of all-cultured pearls. South sea pearls are derived from the white-lip variety of (Pinctada Maxima) oysters. The oyster is a bit larger than the freshwater pearl and Akoya type. Due to its rarity and difficult cultivation process, the pearl is the most expensive. These can come in stunning yellows, whites, and pinks.

Tahitian Pearls, also known as black pearls, for their dark natural color. They are the second priciest culture pearls in the world. Tahitian comes from black-lip oysters and has a remarkable range of colors covering light, gray, creamy white, deep black, iridescent peacock, and regal green. Although the pearl carries the name of the famous Tahitian island, the pearl is culture in the Cook Islands, French Polynesia, Micronesian islands, and some areas of Japan, the Philippines, and Thailand. However, the French Polynesian ones are pure Tahitian pearls.

Akoya pearls are also known as the traditional ones that were the first to be culture. They are white, highly lustrous, and classic round. Originally cultivate from Japan’s salty water, some are grow in China, the Persian Gulf, and Southeast Asia. The mollusk and the environment in which the pearl is culture matter a lot to the final product of the pearl. For instance, Japanese water seems cooler than other places Akoya produces, resulting in top-quality pearls and beautiful shiny luster.

Do your research when buying your pearls or trying to understand what kind you already own. You may need to ask an expert to have your pearls appraised by an expert like  www.pearlclasp.com. Enjoy your pearls!