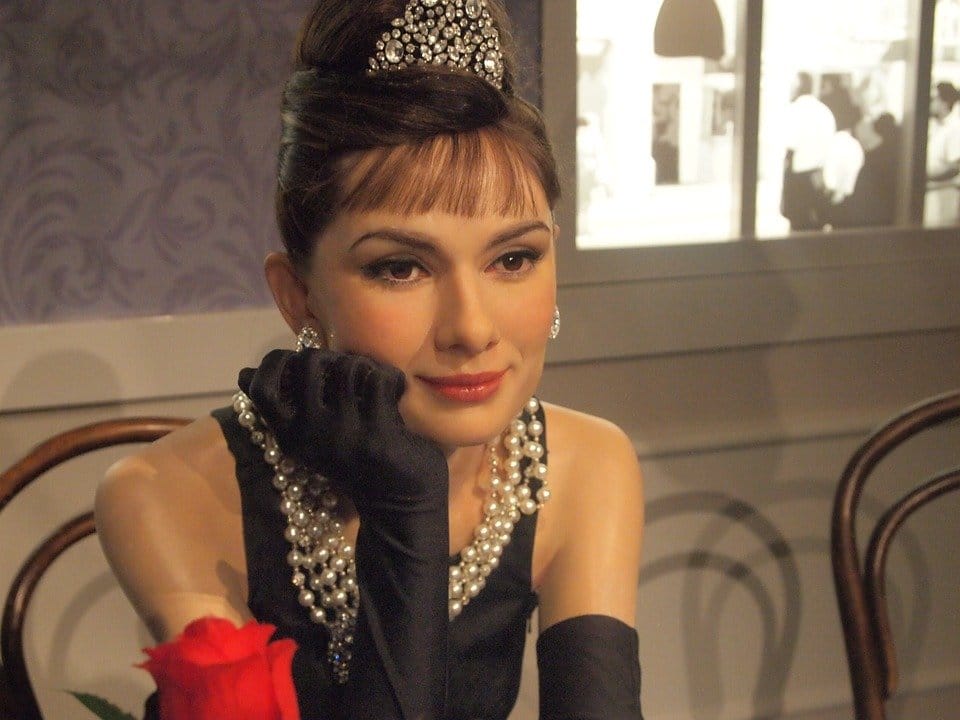 Women have been wearing pearls as a fashion accessory for thousands of years. For more than 4,000 years, the precious gems have enchanted royalties and mass people alike. Many celebrities, from Audrey Hepburn to the superstar music artist Rihanna, have embraced pearls as a part of their costume line-up.

Let’s take a look at the celebrities and political figures that have inspired women to include the beautiful gemstones into their jewelry casket.

The film and fashion icon was one of the influencers who kept pearls alive in the fashion trends in the early 1960s. Who could forget her Holly Golightly impersonation (in the film Breakfast at Tiffany’s) wearing a classic black dress, elbow-long gloves, a tiara, and fabulous pearl ornaments? In fact, she just loved her pearls, was seen wearing them off-camera too.

The legendary French fashion designer was rarely seen without strands of pearls around her neck. She unveiled her first jewelry line in 1932 and played a huge role in popularizing pearl ornaments with casual dresses and sportswear. She started the bold trend of mixing faux pearls with scintillating stones, which is still going strong.

The woman who stepped up to become America’s royalty was no other than Jackie Kennedy, the wife of the then newly elected USA president. She inspired an entire generation of women with her impeccable fashion sense and the famous quote, “Pearls are always appropriate.”

Mrs. Kennedy and pearls were inseparable as she wore them everywhere, from state dinners to foreign missions. A triple-strand necklace was the most renowned piece of her pearl collection.

Princess Diana was a fashion icon in her short life and she also had a knack for wearing pearls. In fact, a pair of stud pearl earrings was her companion for most of the occasions. It is impossible to forget her brave look wearing a black off-shoulder dress and an elegant pearl choker.

Kate Middleton shares the same taste of her late mother-in-law when it comes to pearl jewelry. She was restrained with her makeup and accessories before her marriage with Prince William. But now she does not show any reservation in flaunting her classic, refined taste. Pearls are her go-to ornaments and a pair of stud earrings seems to be her favorite.

Another USA first lady who did not shy away from showing her love for those shiny gems. She used to wear pearls with cardigans and fit-and-flare dresses. Apart from necklaces, she also liked to use pearl bracelets and cuffs. The ornaments she wore had modern twists, exuding charm and elegance.

Many celebrities these days, including Scarlett Johansson, Sarah Jessica Parker, Rita Ora, and others, wear pearl ornaments. Rihanna is one of them who helps pearls to remain at the center stage. She is often seen wearing strands of pearls with various types of outfits.

But it was her 2012 Victoria’s Secret Fashion Show look that made everyone go raving. In that performance, she wore a black satin dress, a pair of black satin gloves, a white pearl choker, and a pair of pearl sunglasses.

Will you be interested in emulating any of these celebrities?