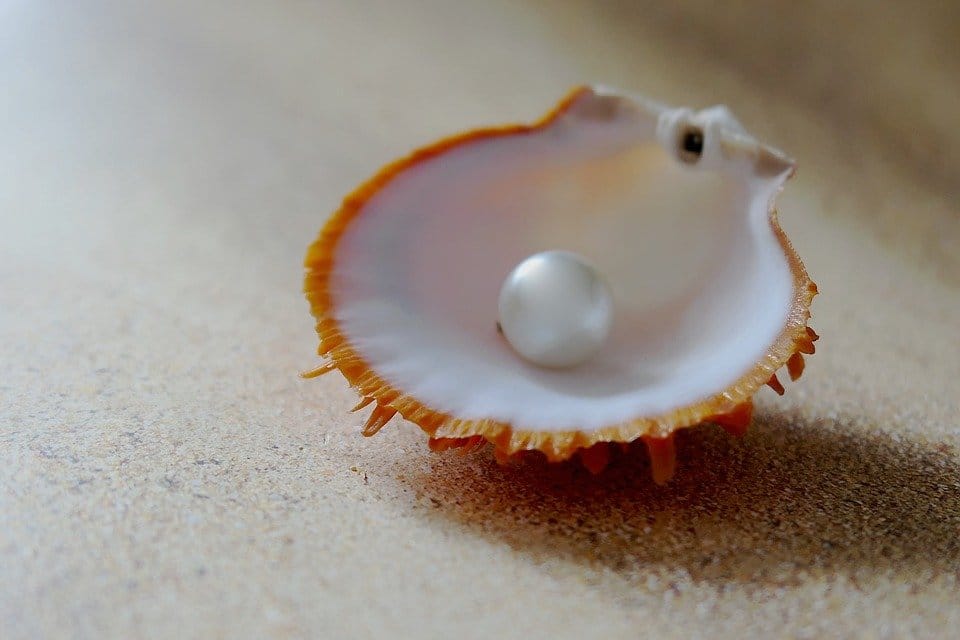 Were the Neolithic people fashion conscious? The world’s oldest pearl proves so!

Fancy to see the rare gem? Fly to Abu Dhabi, UAE, as the Louvre Abu Dhabi will exhibit it this October. This will be the first public display of this 8,000-year-old pearl since its discovery.

Can you imagine how far this pearl dates back? To the Neolithic Age!

A group of Abu Dhabi archaeologists dug a Neolithic site on Marawah Island and unearthed this precious jewel.

The emirate’s Department of Culture and Tourism (DCT) revealed details of the discovery on their official Twitter account on October 20.

Dubbed as the Abu Dhabi Pearl, it was discovered in 2017 in a room of the excavated site. Carbon-14 dating placed the formation of the gemstone between 5800 B.C and 5600 B.C., the oldest of any pearls to date.

Since its finding, it has been a part of the Zayed National Museum collection. The Louvre Abu Dhabi borrowed it for the exhibition, dated from October 30, 2019 to February 18, 2020.

How Does the Pearl Look?

As the exhibition will open on October 30 under the title 10,000 Years of Luxury, nobody from the outside world, except for experts and museum personnel, has seen the gemstone directly. But it looks pale pink in the video released on DCT’s Twitter account. The beautiful gemstone is small, less than a third of a centimeter.

The oldest known natural pearl in the world has been discovered by DCT archaeologists working at a Neolithic site on Marawah Island. The 8,000-year-old ‘Abu Dhabi Pearl’ will feature in the upcoming @louvreabudhabi exhibition 10,000 Years of Luxury pic.twitter.com/Kd3jHHCVCT

How Significant Is This Discovery?

The discovery backs up the historical texts that Abu Dhabi was once a major trading hub for pearls. The trades peaked up by the 16th century. Besides, the uncovering of bone and sea creature-made artifacts in the archaeological site proved the relationship between the ancient communities of the region and the ocean.

However, cultural significance extends beyond that relationship. Finding this pearl proves that these precious jewels were considered as luxurious items during the Neolithic Age. They are also valuable enough to use as jewelry and trading for other items.

The islands off the Abu Dhabi coast were great sources of pearls. These precious gems were once the mainstay of the region’s economy. Oyster diving was a profession. Scads of people used to spend the summer by collecting oysters from the Persian Gulf. Their pearling industry declined by the early 1900s, fueled by the aggression of the cultivated pearls from Japanese oyster farmers.

Tickets are now available at the official website of Louvre Abu Dhabi.

No one having a lust for the beauty and elegance of glamorous pearls should miss the exhibition. It will not only display the oldest pearl in the world but a total of 350 objects defining luxury in various categories.

The exhibition will be a great place to learn about world history and its diverse culture through lavish, precious items from various categories including design, jewelry, art, fashion, furniture, and more. Apart from the display of various items, it will arrange for cultural programs to discuss the narratives of luxury and its interpretations in modern times.